Diary Of A Wimpy Internet Marketer 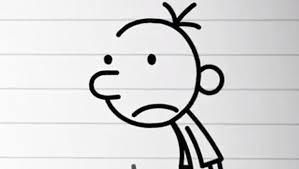 Diary Of A Wimpy Internet Marketer

**If you’re offended by a little swearing, DO NOT READ THIS**

I used to SUCK at talking to girls.

It’s not I thought I was hideous or anything like that.

I could be myself with my guy friends…funny, confident, you name it, but when it came to talking to the womens, well I just sucked ass.

Even when I did get the ladies’ attention, I was bashful and I’d ruin it somehow.

Then I started researching about how to get better at talking to girls.

(Sound familiar? I must’ve seen 80,000 videos on how to build a fucking landing page)

I found out about something called the “Mystery Method“, a 1-2-3 type of system on talking to women and becoming an attractive Alpha Male.

Heck, they even had something called “canned openers” that were all about icebreakers to ask just about any girl or group of girls like “Are you guys best friends?” or “Who lies more, women or men?” and they worked to some degree.

That shit got old though because everyone learning this was using the same lines.

(Again, does this sound familiar? Not being original catches up with you eventually).

Also, it kind of trained you to be a prick to women which wasn’t really MY style.

While this did encourage me go out a more and try to use some of their techniques, I realized it was making me a little more asshole-y (and redundant) than I usually am.

So I absorbed what was useful, discarded what was useless and added what was specifically my own and sought some training that resonated with me just a wee bit more (thanks Bruce Lee lol).

I ended up finding out about these other dudes called RSD Nation on YouTube and they were:

They knew how to have fun and ACT quickly (which was something I didn’t know was possible when it came to this stuff!)

I thought these RSD dudes were deities amongst mortals.

Reason being is that they simplified the process and did shit that was more about just being completely comfortable in your own skin WHILE being original.

So…I studied YouTube video after YouTube video and finally said “Fuck it!” and started applying some of their style rather than just studying forever like a pussy.

As I got more comfortable, what I realized the most is that I loved having fun which mostly came from acting quickly.

Meanwhile, what I’d focused on in the past was just getting laid to be honest, or at least just looking cool to chicks.

Now I’d go out and just try to talk to everyone as soon as possible, even a simple “hello”… cashiers, doormen, guys, women, the more awkward guys… you name it.

I saw a LOT of rejection at first.

What I noticed was that when I focused on ACTING right away I got momentum and everything just got easier.

I’d laugh, dance like an idiot, introduce people to other people (and of course talked to MANY beautiful women) and just for fun I’d go up to girls and tell them to “Hug me like you’ve never hugged me before…”

Which was true lol. I didn’t know most of them.

I became a hub for fun, this was more MY style.

It was awesome, I’d learned a proven style firsthand AND managed to add my own flavor.

When practicing this I became (over the course of the night):

How This Relates To Internet Marketing

**This absolutely translates to the internet marketing world I promise!**

Yet for some reason, when practicing what I’d learned about internet marketing I’d completely neglected my Superman powers and started:

Internet marketing had become my new hot chick that I’ve been terrified to approach for fear of rejection…the unknown.

It’s time to incorporate whatever past success we’ve had and put our own twist on it and actually ACT upon it.

Time to be comfortable making mistakes, gaining momentum, having fun and figuring it out how to make some dinero along the way.

I hope this long-winded rant “Diary of a Wimpy Internet Marketer” (I rather like that, what do you think?) hits close to home kiddos.

P.S. Hey leave me a comment below and let me know what you think!